Difference Between URI and URL

As of March 2008, the list of requirements set by ITU-R through IMT-Advanced specification for being a 4G candidate technology included conditions such as peak Data Speed at 1 Gbps for pedestrians and stationary users and 100 Mbps when used in high-mobility environment, Spectral efficiency for DL 15-bps/Hz and 6.75 bps/Hz for UL, and Cell Edge spectral efficiency of 2.25 bps/Hz/cell. Initially, they recognized LTE-Advance (Release 10) and WiMAX Release 2 (IEEE 802.16m) as true 4G, since they are fully compliant to the IMT Advance requirements. LTE-Advance (Release 10) achieved DL – ۱ Gbps, UL – ۵۰۰ Mbps and DL – ۳۰ bps/Hz, UL – ۱۵ bps/hz spectral efficiency. Data rate and spectral efficiency targets were the major requirements in IMT-Advance specification. However, LTE, WiMAX, DC-HSPA+ and other pre 4G technologies later considered as 4G by ITU-R in Geneva, on 6 December 2010, considering substantial level of improvement in performance and capabilities with respect to the initial third generation systems deployed to the date. Furthermore, ITU-R stated that, new detailed specifications of the IMT-Advanced technologies will be provided in early 2012. However, it has never been officially amended so far, hence the original IMT-Advance requirements made on March 2008, stands up to the date.

In service providers point of view, LTE has complied many of IMT-Advance requirements such as All IP PS domain, non-backward compatible with earlier 3rd generation systems and being able to rollout new equipment, interoperability with existing wireless standards, dynamically share and use the network resources to support more simultaneous users per cell. Hence, they argued and marketed LTE as 4G. In general public view, LTE can be easily considered as a 4G technology.

From ITU-R point of view, 4G plus is considered to be beyond LTE-Advance (Release 10), such as 3GPP Release 11, 12 and 13. Still all of the releases after R10 use the same base network architecture and radio technologies, only with the improvements provided from new releases. Also, they are all backward compatible with R10. In release 11, it supports Carrier Aggregation (CA) of two Component Carriers (CC) for both UL & DL, and non-Contiguous CC for Carrier Aggregation. UL & DL Coordinated Multi-Point (CoMP) technology is also added in R11, in addition to Inter Cell Interference Cancellation (ICIC) improvements and Cell Edge throughput enhancements. In R12 and R13, it has further improved Carrier Aggregation in Non-Contiguous intra & Inter Bands, which has become already a hit in commercial networks, since non-availability of contiguous spectrum for operators.

From the Service Provider’s point of view, LTE-Advance (R10 and beyond) is considered and marketed as 4G plus, since they have already named LTE (R8) as 4G.

What is the difference between 4G and 4G Plus?

• According to ITU-R’s point of view, LTE-Advance (Release 10), which is fully in compliance to the IMT-Advance Specifications, is branded as 4G, where it provides peak data rate of 1 Gbps for stationary users, Carrier Aggregation with 2 Contiguous Intra band Component carriers, and 8×۸ MIMO.

• Meanwhile, Release 11 and beyond technologies such as Non-Contiguous Inter & Intra Band Carrier Aggregation up to five component carriers (up to 100 Mhz of Bandwidth), UL/DL CoMP, Enhanced ICIC and improved Cell Edge throughput are considered as 4G plus technologies.

• According to the Service Provider’s Point of View, LTE – Release 8 is considered as 4G where it can support peak DL/UL data rate of 300/75 Mbps, 4×۴ MIMO, maximum of 20Mhz bandwidth per cell. LTE-Advance (R10 and beyond) technologies are marketed as 4G plus. 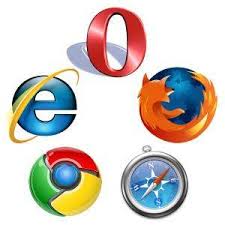