Microsoft Skype for Business is Microsoft’s first product based on the popular Skype software after the company’s acquisition. This software is actually the new generation of Microsoft Lync Server 2013 and is now known as Skype for Business and was released in 2015. Microsoft plans to integrate and upgrade Microsoft Lync Online and Office 365 software to Skype for Business software soon. This software is widely used to create multi-person video conferencing calls and today plays an important role in external and internal communication. Features such as Internet calling, voice, video and text chat are the main features of this software that allows managers and IT experts in companies to hold their conferences in any part of the world through the Internet and Skype software.

All previous Skype messaging accounts are still working, and Microsoft says it is migrating from Skype to Skype for Business in the near future. Also, old users who use Lync Server and Lync Online versions in their organization will be upgraded to the new system, and for this purpose, it is enough to install and launch the new version.

This product is also (Microsoft Skype for Business), a powerful software for using and implementing UC (Unified Communication) technology. This product is a good choice for medium and large companies that need simultaneous audio, video, text and audio and video conferencing.

With using this tool, people can communicate with each other via voice, video, chat, e-mail via computer, laptop, mobile phone, tablet and even IP Phone.

The main features of this product are: 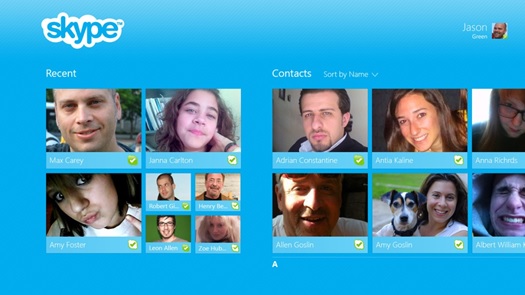 New features of Skype for Business Server include the following:

Rate the call after the call is interrupted

Ability to create a conference for up to 250 users, suitable for holding training seminars

Enter the conference from outside the network and by telecommunication lines

Ability to record conference (user side)

Ability to integrate with software…

Support for SIP protocol to communicate with other exchanges

Ability to integrate with Microsoft CA.

Get Notify from Microsoft Exchange